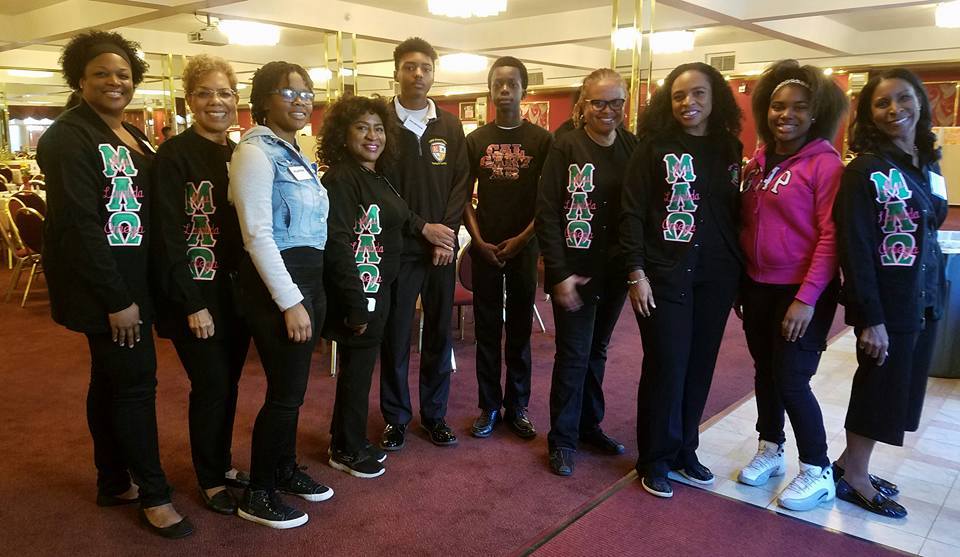 On Tuesday, November 22, 2016 at West Angeles Church, and on Thursday, November 24, 2016 (Thanksgiving Day) at Fred Jordan Missions on skid row, MLO Sorors and ASCEND Scholars hosted as greeters, escorts and servers to a combined 2,000 plus people from the community. Bishop Blake (West Angeles Church) and Mr. Darrell Hackett (Dynamic Chef for Fred Jordan Missions) thanked us for our service.
Our objective was to see each person as an angel and so we served with smiles on our faces and gladness in our hearts. We worked in the kitchen preparing plates of food, cutting pies for dessert, ushering, greeting and serving the people of the community. MLO came out and worked!
A passerby saw us and said, “AKA’s?  What are you doing down here on skid row?” “Serving the angels of the community,” we responded.  “Amen my sisters!” he said.

A Day of Compassion: Black Refugees at US Border